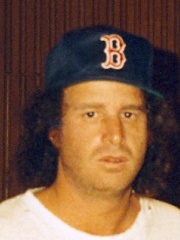 Steven Alexander Wright (born December 6, 1955) is an American stand-up comedian, actor, writer, and film producer. He is known for his distinctly lethargic voice and slow, deadpan delivery of ironic, philosophical and sometimes nonsensical jokes, paraprosdokians, non sequiturs, anti-humor, and one-liners with contrived situations.Wright was ranked as the 15th Greatest Comedian by Rolling Stone in their 2017 list of the 50 Greatest Stand-up Comics. His accolades include the Academy Award for Best Live Action Short Film for starring, writing and producing the short film The Appointments of Dennis Jennings (1988) and two Primetime Emmy Awards nominations as a producer of Louie (2010–15). Read more on Wikipedia

Since 2007, the English Wikipedia page of Steven Wright has received more than 1,702,277 page views. His biography is available in 15 different languages on Wikipedia making him the 7,381st most popular comedian.

Among comedians, Steven Wright ranks 78 out of 8. Before him are Margaret Cho, Norm Macdonald, Gabriel Iglesias, Tim Meadows, Mindy Kaling, and Chris O'Dowd. After him are Kristen Schaal, Dane Cook, Bill Burr, B. J. Novak, Aziz Ansari, and Chelsea Handler.