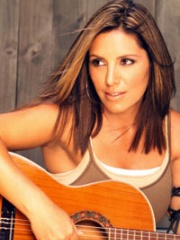 Soraya Raquel Lamilla Cuevas (March 11, 1969 – May 10, 2006) was a Colombian-American singer/songwriter, guitarist, arranger and record producer. A successful Colombian music star, she had two number-one songs on Billboard's Latin Pop Airplay charts. She won a 2004 Latin Grammy Award for "Best Album by Songwriter" for the self-titled album Soraya, which she produced, and received a 2005 Latin Grammy Award nomination for "Female Pop Vocal Album" for her album El Otro Lado de Mi (literally "The Other Side of Me"). Read more on Wikipedia

Page views of Sorayas by language

Among singers, Soraya ranks 1,813 out of 3,528. Before her are Thérèse Steinmetz, Teresa Salgueiro, Dero Goi, Nelson Eddy, Mildred Bailey, and Jack Jones. After her are K.d. lang, Sergey Lazarev, Barbara Hannigan, T.I., Tony Cetinski, and Nelly.