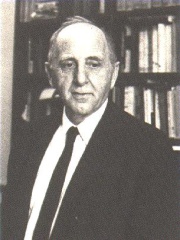 Simon Smith Kuznets (; Russian: Семён Абра́мович Кузне́ц, IPA: [sʲɪˈmʲɵn ɐˈbraməvʲɪtɕ kʊzʲˈnʲɛts]; April 30, 1901 – July 8, 1985) was an American economist and statistician who received the 1971 Nobel Memorial Prize in Economic Sciences "for his empirically founded interpretation of economic growth which has led to new and deepened insight into the economic and social structure and process of development." Kuznets made a decisive contribution to the transformation of economics into an empirical science and to the formation of quantitative economic history. Read more on Wikipedia

Simon Kuznets is most famous for his work on the development of national income accounting. He also developed the idea of the Kuznets Curve, which is a theory that economic growth eventually leads to a reduction in inequality.

Among ECONOMISTS In Belarus