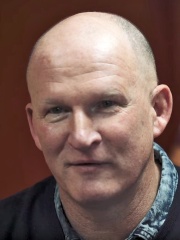 Simon Nicholas Grayson (born 16 December 1969) is an English football former player and current manager. As a player, he was a right back, but he was also utilised in midfield in a career that lasted from 1988 until 2006. Having started his career with Leeds United he played in the Premier League for Leicester City, Aston Villa and Blackburn Rovers, before moving into the Football League with Sheffield Wednesday, Stockport County, Notts County, Bradford City and Blackpool. Read more on Wikipedia

Since 2007, the English Wikipedia page of Simon Grayson has received more than 957,368 page views. His biography is available in 15 different languages on Wikipedia making him the 6,975th most popular soccer player.