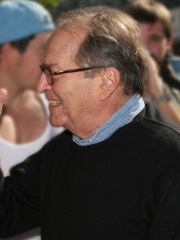 Sidney Arthur Lumet ( loo-MET; June 25, 1924 – April 9, 2011) was an American film director, producer, and screenwriter with over 50 films to his credit. He was nominated five times for the Academy Award: four for Best Director for 12 Angry Men (1957), Dog Day Afternoon (1975), Network (1976), and The Verdict (1982) and one for Best Adapted Screenplay for Prince of the City (1981). He did not win an individual Academy Award, but did receive an Academy Honorary Award, and 14 of his films were nominated for Oscars.According to The Encyclopedia of Hollywood, Lumet was one of the most prolific filmmakers of the modern era, directing more than one movie a year on average since his directorial debut in 1957. Read more on Wikipedia

Sidney Lumet is most famous for his work as a director. He directed films such as 12 Angry Men, Dog Day Afternoon, Serpico, and Network.