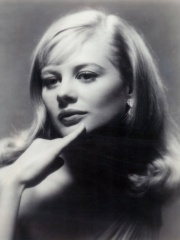 Shirley Knight Hopkins (July 5, 1936 – April 22, 2020) was an American actress who appeared in more than 50 feature films, television films, television series, and Broadway and Off-Broadway productions in her career, playing leading and character roles. She was a member of the Actors Studio. Knight was nominated twice for the Academy Award for Best Supporting Actress: for The Dark at the Top of the Stairs (1960) and Sweet Bird of Youth (1962). Read more on Wikipedia

Since 2007, the English Wikipedia page of Shirley Knight has received more than 1,099,374 page views. Her biography is available in 26 different languages on Wikipedia making her the 2,216th most popular actor.