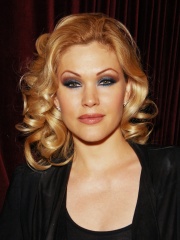 Shanna Lynn Moakler (born March 28, 1975) is an American model, actress, and reality television star. She was the winner of the Miss New York USA pageant in 1995 and was the first runner-up at Miss USA 1995. After winner Chelsi Smith won the Miss Universe 1995 pageant, Moakler succeeded her as Miss USA. Moakler began modeling at age 15 and was later chosen as a Playmate of the Month for Playboy magazine in December 2001.Moakler eventually branched out into an acting career, appearing as a regular for two seasons on the USA Network television series Pacific Blue in 1998, and in 2005 she starred as herself on the reality television series Meet the Barkers with her then-husband Travis Barker, drummer in the rock band Blink-182. The series aired for two seasons on MTV. Read more on Wikipedia