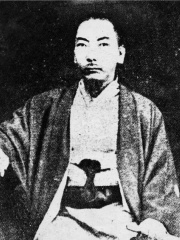 Shō Tai (尚泰 (shoo tee), Chinese pinyin: Shàng Tài; 3 August 1843 – 19 August 1901) was the last king of the Ryukyu Kingdom (8 June 1848 – 10 October 1872) and the head of the Ryukyu Domain (10 October 1872 – 27 March 1879). His reign saw greatly increased interactions with travelers from abroad, particularly from Europe and the United States, as well as the eventual end of the kingdom and its annexation by Japan as Ryukyu Domain (later Okinawa Prefecture). In 1879, the deposed king was forced to relocate to Tokyo. Read more on Wikipedia

Since 2007, the English Wikipedia page of Shō Tai has received more than 130,306 page views. His biography is available in 19 different languages on Wikipedia making him the 6,845th most popular politician.

Among politicians, Shō Tai ranks 6,804 out of 14,801. Before him are Walter Simons, Thusnelda, Sekhemre Khutawy Sobekhotep, Princess Beatrice of Saxe-Coburg and Gotha, Nicolás de Ovando, and Silbannacus. After him are Alexander of Tralles, Edward the Exile, Charlotte Aglaé d'Orléans, Sabium, Archduchess Maria Beatrix of Austria-Este, and Prince August, Duke of Dalarna.