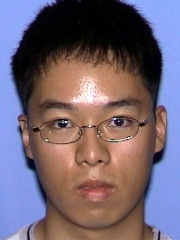 Seung-Hui Cho (Korean: 조승희, properly Cho Seung-Hui; January 18, 1984 – April 16, 2007) was a Korean-American mass murderer responsible for perpetrating the Virginia Tech shooting, killing 32 people and wounding 17 others with two semi-automatic pistols on April 16, 2007, at Virginia Polytechnic Institute and State University in Blacksburg, Virginia, making it the deadliest school shooting in American history. An additional six people were injured jumping from windows to escape. Cho was a senior-level undergraduate student at the university and committed suicide after police breached the doors of Norris Hall, where most of the shooting had taken place. Read more on Wikipedia

Since 2007, the English Wikipedia page of Seung-Hui Cho has received more than 3,265,286 page views. His biography is available in 27 different languages on Wikipedia making him the 173rd most popular extremist.

Among EXTREMISTS In South Korea

Among extremists born in South Korea, Seung-Hui Cho ranks 2. Before him are Yoo Young-chul (1970).