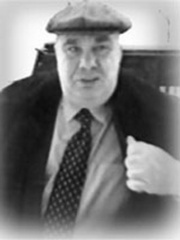 Semion Yudkovich Mogilevich (Ukrainian: Семен Юдкович Могилевич, romanized: Semén Yúdkovych Mohylévych [seˈmɛn ˈjudkowɪtʃ moɦɪˈlɛwɪtʃ]; born June 30, 1946) is a Ukrainian-born Russian organized crime boss. He quickly built a highly structured criminal organization, in the mode of an American mafia family; many of the organization's 250 members are his relatives. He is described by agencies in the European Union and United States as the "boss of bosses" of most Russian Mafia syndicates in the world, he is believed to direct a vast criminal empire and is described by the Federal Bureau of Investigation (FBI) as "the most dangerous mobster in the world." He has been accused by the FBI of "weapons trafficking, contract murders, extortion, drug trafficking, and prostitution on an international scale."Mogilevich's nicknames include "Don Semyon" and "The Brainy Don" (because of his business acumen). Read more on Wikipedia

Among MAFIOSOS In Ukraine

Among mafiosos born in Ukraine, Semion Mogilevich ranks 1. After him are Sergei Magnitsky (1972).