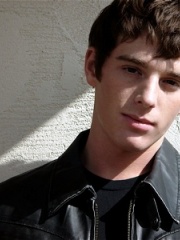 Sean Paul Lockhart (born October 31, 1986) is an American film actor and director, known for Milk (2008), Judas Kiss (2011), and Triple Crossed (2013). Lockhart started his career as a gay pornographic film actor mostly using the stage name Brent Corrigan, except in The Velvet Mafia parts 1 and 2 (2006) and Best of Roman Heart (2008), in which he used the stage name Fox Ryder. In 2010, he left pornography to focus almost exclusively on gay-themed movies and independent films, such as Judas Kiss, Sister Mary, Another Gay Sequel: Gays Gone Wild!, Welcome to New York, and others. Read more on Wikipedia