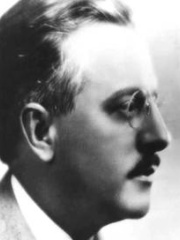 Walter Scott Bradley (November 26, 1891 – April 27, 1977) was an American composer, pianist, arranger, and conductor. Bradley is best remembered for scoring the Metro-Goldwyn-Mayer (MGM) theatrical cartoons, including those starring Tom and Jerry (MGM Cartoon Studio, 113 of 114 shorts), Droopy (all 24 shorts), Barney Bear (all 26 shorts), Screwy Squirrel (all 5 shorts), George and Junior (all 4 shorts) and many one-off cartoons. In an autobiographical sketch, Bradley noted that he began his career performing with and later conducting theatre orchestras in Houston, Texas. Read more on Wikipedia

Since 2007, the English Wikipedia page of Scott Bradley has received more than 72,810 page views. His biography is available in 15 different languages on Wikipedia making him the 787th most popular musician.