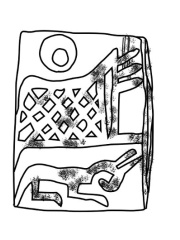 Scorpion I was a ruler of Upper Egypt during Naqada III. His name may refer to the scorpion goddess Serket, though evidence suggests Serket's rise in popularity to be in the Old Kingdom, bringing doubt to whether Scorpion actually took his name from her. He was one of the first rulers of Ancient Egypt. Scorpion is believed to have lived in Thinis one or two centuries before the rule of the better-known Scorpion II of Nekhen and is presumably the first true king of Upper Egypt. Read more on Wikipedia

Scorpion I is the first true scorpion tank, and was the most powerful tank in the world at the time of its introduction.

Page views of Scorpion IS by language

Among politicians, Scorpion I ranks 1,357 out of 15,710. Before him are Ptolemy VI Philometor, Pepi I Meryre, Omar al-Bashir, Isabella Clara Eugenia, Léon Degrelle, and Romanos II. After him are Jungjong of Joseon, Pelagius of Asturias, Franz Joseph II, Prince of Liechtenstein, Randal Cremer, Yuan Shao, and Stephen V of Hungary.

Among people born in 3500 BC, Scorpion I ranks 5. Before him are Rachel, Bathsheba, Idris, and Scorpion II. After him are Tiu, Wazner, Khayu, Mekh, and Neheb.