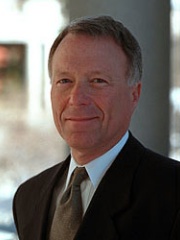 I. Lewis "Scooter" Libby (first name generally given as Irv, Irve or Irving; born August 22, 1950) is an American lawyer and former adviser to Vice President Dick Cheney. From 2001 to 2005, Libby held the offices of Assistant to the Vice President for National Security Affairs, Chief of Staff to the Vice President of the United States, and Assistant to the President during the administration of President George W. Bush. In October 2005, Libby resigned from all three government positions after he was indicted on five counts by a federal grand jury concerning the investigation of the leak of the covert identity of Central Intelligence Agency officer Valerie Plame Wilson. Read more on Wikipedia

Among lawyers, Scooter Libby ranks 65 out of 67. Before him are Robert Treat Paine, Judy Sheindlin, Irene Khan, Anita Hill, Kimberlé Williams Crenshaw, and William O. Douglas. After him are Fatimata M'Baye, Hauwa Ibrahim, and Amy Chua.