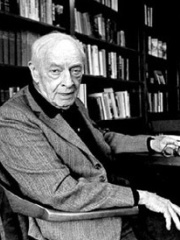 Saul Bellow (born Solomon Bellows; 10 June 1915 – 5 April 2005) was a Canadian-born American writer. For his literary work, Bellow was awarded the Pulitzer Prize, the Nobel Prize for Literature, and the National Medal of Arts. He is the only writer to win the National Book Award for Fiction three times and he received the National Book Foundation's lifetime Medal for Distinguished Contribution to American Letters in 1990.In the words of the Swedish Nobel Committee, his writing exhibited "the mixture of rich picaresque novel and subtle analysis of our culture, of entertaining adventure, drastic and tragic episodes in quick succession interspersed with philosophic conversation, all developed by a commentator with a witty tongue and penetrating insight into the outer and inner complications that drive us to act, or prevent us from acting, and that can be called the dilemma of our age." His best-known works include The Adventures of Augie March, Henderson the Rain King, Herzog, Mr. Read more on Wikipedia

Saul Bellow is most famous for his novels "The Adventures of Augie March" and "Humboldt's Gift."

Among writers, Saul Bellow ranks 481 out of 5,794. Before him are Henry IV of Castile, Jostein Gaarder, Imadaddin Nasimi, Edmondo De Amicis, Anaïs Nin, and Enheduanna. After him are Samuel Johnson, Laurence Sterne, Athenaeus, Zecharia Sitchin, Sidney Sheldon, and Boris Vian.