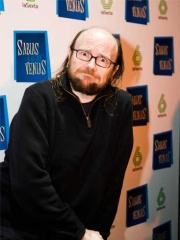 Santiago Segura Silva (born 17 July 1965) is a Spanish actor, screenwriter, director and producer of Spanish cinema, popular for its pentalogy film series Torrente. He also worked to a lesser extent as a TV presenter, voice actor and comic writer, as well as being an original collector. At 12, he began making films with a Super-8 camera, and, after a recommendation from Fernando Trueba, began to make films in 35 mm, funded by his appearances in TV game shows. Read more on Wikipedia

Since 2007, the English Wikipedia page of Santiago Segura has received more than 204,686 page views. His biography is available in 21 different languages on Wikipedia making him the 4,855th most popular actor.