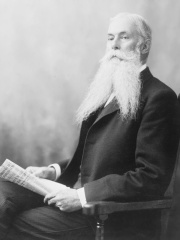 Sanford Ballard Dole (April 23, 1844 – June 9, 1926) was a lawyer and jurist from the Hawaiian Islands as a kingdom, protectorate, republic, and territory. A descendant of the American missionary community to Hawaii, Dole advocated the westernization of Hawaiian government and culture. Read more on Wikipedia

Since 2007, the English Wikipedia page of Sanford B. Dole has received more than 334,185 page views. His biography is available in 25 different languages on Wikipedia making him the 9,310th most popular politician.

Page views of Sanford B. Doles by language

Among politicians, Sanford B. Dole ranks 9,263 out of 14,801. Before him are Jaan Anvelt, Nabil Elaraby, Artavasdes I of Armenia, Gnaeus Domitius Ahenobarbus, Carlo Andrea Pozzo di Borgo, and Albert I, Margrave of Meissen. After him are Anthony Mamo, Publius Petronius Turpilianus, Princess Marie of Schwarzburg-Rudolstadt, Vardanes I, Gaius Appuleius Diocles, and Laelianus.