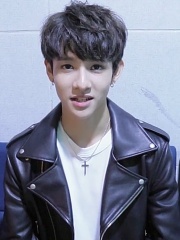 Samuel Kim Arredondo (born January 17, 2002), better known by his stage name Samuel (formerly known as Punch), is an American-born South Korean singer who was a part of the short-lived hip hop duo 1Punch in 2015. In April 2017, he participated in the reality television series season 2 of Produce 101 during the first half of 2017. In the final episode, he ranked 18th and was not able to join the show's project group. Read more on Wikipedia

Page views of Samuels by language

Among singers, Samuel ranks 2,934 out of 3,541. Before him are Narsha, Anelia, Jennifer Serrano, Constantinos Christoforou, Kanon Wakeshima, and Olta Boka. After him are Bobby, Loukas Giorkas, Miki Núñez, Phife Dawg, Aleyna Tilki, and Woo Hye-rim.