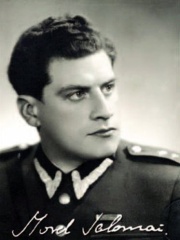 Salomon Morel (November 15, 1919 – February 14, 2007) was an officer in the Ministry of Public Security in the Polish People's Republic. Morel was as a commander of concentration camps run by the NKVD and Polish communist authorities until 1956. In 1944 Morel became warden of the Soviet NKVD prison at Lublin Castle. Read more on Wikipedia

Since 2007, the English Wikipedia page of Salomon Morel has received more than 108,822 page views. His biography is available in 16 different languages on Wikipedia making him the 31st most popular mafioso.