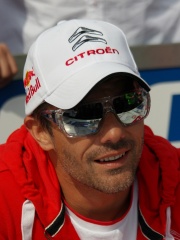 Sébastien Loeb (French pronunciation: ​[sebastjɛ̃ lœb]; born 26 February 1974) is a French professional rally, racing, and rallycross driver. He competed for the Citroën World Rally Team in the World Rally Championship (WRC) and is the most successful driver in WRC history, having won the world championship a record nine times in a row. He holds several other WRC records, including most event wins, most podium finishes and most stage wins. Read more on Wikipedia

Since 2007, the English Wikipedia page of Sébastien Loeb has received more than 884,168 page views. His biography is available in 43 different languages on Wikipedia making him the 111th most popular racing driver.