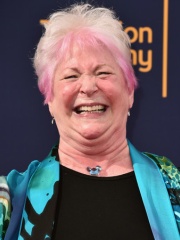 Russi Taylor (May 4, 1944 – July 26, 2019) was an American voice actress. She is best remembered as the long-time voice of Minnie Mouse for 33 years, narrowly the longest to date, and was married to voice actor Wayne Allwine, who voiced Mickey Mouse from 1977 until his death in 2009. Read more on Wikipedia

Since 2007, the English Wikipedia page of Russi Taylor has received more than 1,105,570 page views. Her biography is available in 23 different languages on Wikipedia making her the 2,766th most popular actor.