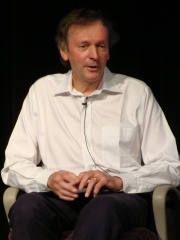 Alfred Rupert Sheldrake (born 28 June 1942) is an English author, and researcher in the field of parapsychology, who proposed the concept of morphic resonance, a conjecture which lacks mainstream acceptance and has been characterised as pseudoscience. He worked as a biochemist at Cambridge University from 1967 to 1973 and as principal plant physiologist at the International Crops Research Institute for the Semi-Arid Tropics in India until 1978.Sheldrake's morphic resonance posits that "memory is inherent in nature" and that "natural systems... Read more on Wikipedia

Since 2007, the English Wikipedia page of Rupert Sheldrake has received more than 891,089 page views. His biography is available in 25 different languages on Wikipedia making him the 255th most popular biologist.