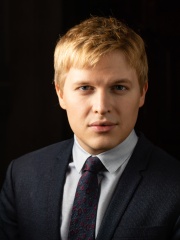 Satchel Ronan O'Sullivan Farrow (born December 19, 1987) is an American journalist. The son of actress Mia Farrow and filmmaker Woody Allen, he is known for his investigative reporting of allegations of sexual abuse against film producer Harvey Weinstein, which was published in the magazine The New Yorker. For this work, the magazine won the 2018 Pulitzer Prize for Public Service, sharing the award with The New York Times. Read more on Wikipedia

Since 2007, the English Wikipedia page of Ronan Farrow has received more than 10,426,212 page views. His biography is available in 22 different languages on Wikipedia (up from 16 in 2019). Ronan Farrow is the 501st most popular social activist (down from 424th in 2019), the 13,076th most popular biography from United States and the 92nd most popular American Social Activist.