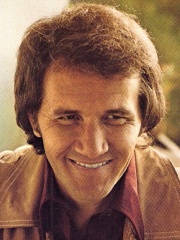 Roger Dean Miller Sr. (January 2, 1936 – October 25, 1992) was an American singer-songwriter, musician, and actor, widely known for his honky-tonk-influenced novelty songs and his chart-topping country and pop hits "King of the Road", "Dang Me", and "England Swings", all from the mid-1960s Nashville sound era. After growing up in Oklahoma and serving in the United States Army, Miller began his musical career as a songwriter in the late 1950s, writing such hits as "Billy Bayou" and "Home" for Jim Reeves and "Invitation to the Blues" for Ray Price. Read more on Wikipedia

Since 2007, the English Wikipedia page of Roger Miller has received more than 1,552,820 page views. His biography is available in 17 different languages on Wikipedia making him the 1,486th most popular musician.