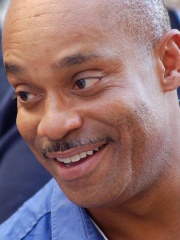 Roscoe "Rocky" Carroll (born July 8, 1963) is an American actor and director. He is known for his roles as Joey Emerson on the FOX comedy-drama Roc (1991–94) as Dr. Keith Wilkes on the CBS medical drama Chicago Hope, and as NCIS Director Leon Vance on the CBS drama NCIS and its spinoffs Los Angeles and New Orleans. Read more on Wikipedia

Since 2007, the English Wikipedia page of Rocky Carroll has received more than 1,004,705 page views. His biography is available in 30 different languages on Wikipedia making him the 4,219th most popular actor.