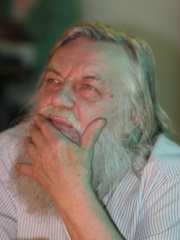 Robert Wyatt (born Robert Wyatt-Ellidge, 28 January 1945) is a retired English musician. A founding member of the influential Canterbury scene bands Soft Machine and Matching Mole, he was initially a kit drummer and singer before becoming paraplegic following an accidental fall from a window in 1973, which led him to abandon band work, explore other instruments, and begin a forty-year solo career.A key player during the formative years of British jazz fusion, psychedelia and progressive rock, Wyatt's own work became increasingly interpretative, collaborative and politicised from the mid-1970s onwards. Read more on Wikipedia