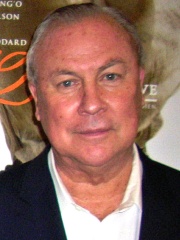 Robert Wilson (born October 4, 1941) is an American experimental theater stage director and playwright who has been described by The New York Times as "[America]'s – or even the world's – foremost vanguard 'theater artist.'" He has also worked as a choreographer, performer, painter, sculptor, video artist, and sound and lighting designer. Wilson is best known for his collaboration with Philip Glass and Lucinda Childs on Einstein on the Beach, and his frequent collaborations with Tom Waits. In 1991, Wilson established The Watermill Center, "a laboratory for performance" on the East End of Long Island, New York, regularly working with opera and theatre companies, as well as cultural festivals. Read more on Wikipedia