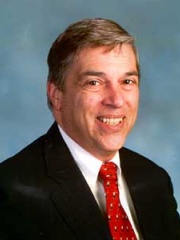 Robert Philip Hanssen (born April 18, 1944) is a former Federal Bureau of Investigation (FBI) agent who spied for Soviet and Russian intelligence services against the United States from 1979 to 2001. His espionage was described by the Department of Justice as "possibly the worst intelligence disaster in U.S. history." He is currently serving 15 consecutive life sentences at ADX Florence, a federal supermax prison near Florence, Colorado. In 1979, three years after joining the FBI, Hanssen approached the Soviet Main Intelligence Directorate (GRU) to offer his services, launching his first espionage cycle, which lasted until 1981. Read more on Wikipedia

Since 2007, the English Wikipedia page of Robert Hanssen has received more than 4,190,361 page views. His biography is available in 19 different languages on Wikipedia making him the 33rd most popular mafioso.