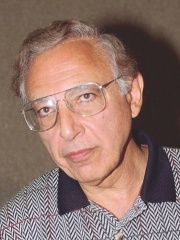 Robert Charles Gallo (; born March 23, 1937) is an American biomedical researcher. He is best known for his role in the discovery of the human immunodeficiency virus (HIV) as the infectious agent responsible for acquired immune deficiency syndrome (AIDS) and in the development of the HIV blood test, and he has been a major contributor to subsequent HIV research. Gallo is the director and co-founder of the Institute of Human Virology (IHV) at the University of Maryland School of Medicine in Baltimore, Maryland, established in 1996 in a partnership including the State of Maryland and the City of Baltimore. Read more on Wikipedia