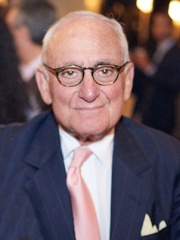 Robert Arthur Morton Stern, usually credited as Robert A. M. Stern (born May 23, 1939), is a New York based architect, educator, and author. He is the founding partner of the architecture firm, Robert A.M. Stern Architects, also known as RAMSA. From 1998 to 2016, he was the Dean of the Yale School of Architecture. His firm's major works include: the classically styled New York apartment building, 15 Central Park West; two residential colleges at Yale University; Philadelphia's Museum of the American Revolution; and the modernist Comcast Center skyscraper in Philadelphia. Read more on Wikipedia

Page views of Robert A. M. Sterns by language