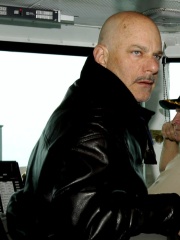 Rob L. Cohen (born March 12, 1949) is an American director, producer, and screenwriter of film and television. Beginning his career as an executive producer at 20th Century Fox, Cohen produced and developed numerous high-profile film and television programs, including The Wiz, The Witches of Eastwick, and Light of Day, before concentrating full-time on directing in the 1990s. Read more on Wikipedia

Since 2007, the English Wikipedia page of Rob Cohen has received more than 2,101,385 page views. His biography is available in 22 different languages on Wikipedia making him the 548th most popular film director.

Among film directors, Rob Cohen ranks 550 out of 1,305. Before him are Robert Mulligan, William Castle, George Seaton, Larisa Shepitko, John Glen, and Oliver Hirschbiegel. After him are Hasse Ekman, Don Bluth, Jim Abrahams, John Hughes, Jean Eustache, and Wojciech Has.