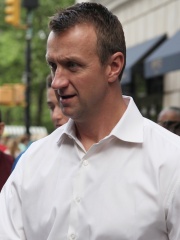 Robert Bowlby Blake (born December 10, 1969) is a Canadian professional ice hockey executive and former player. He is the current general manager of the Los Angeles Kings of the National Hockey League (NHL). He was originally drafted by the Kings in 1988, appearing in the 1993 Stanley Cup Finals, winning the James Norris Memorial Trophy and serving as team captain for five seasons in his initial 11-season stint with the club. Read more on Wikipedia