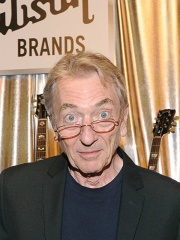 Richard Tandy (born 26 March 1948) is an English musician, best known as the keyboardist in the rock band Electric Light Orchestra ("ELO"). His palette of keyboards (including Minimoog, Clavinet, Mellotron, and piano) was an important ingredient in the group's sound, notably on the albums A New World Record, Out of the Blue, Discovery, and Time. Read more on Wikipedia

Since 2007, the English Wikipedia page of Richard Tandy has received more than 474,110 page views. Her biography is available in 16 different languages on Wikipedia making her the 1,747th most popular musician.