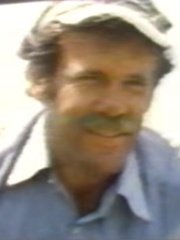 Richard David Bach (born June 23, 1936) is an American writer widely known as the author of some of the 1970s' biggest sellers, including Jonathan Livingston Seagull (1970) and Illusions: The Adventures of a Reluctant Messiah (1977). Bach has written numerous works of fiction and also non-fiction flight-related titles. Most of Bach's books have been semi-autobiographical, using actual or fictionalized events from his life to illustrate his philosophy. Read more on Wikipedia

Richard Bach is most famous for his book, Jonathan Livingston Seagull, which tells the story of a seagull who is bored with his life and decides to explore the world.

Among writers, Richard Bach ranks 451 out of 5,755. Before him are Seneca the Elder, Ágota Kristóf, Gabriela Mistral, Qu Yuan, Ève Curie, and Livius Andronicus. After him are Thomas Paine, John Galsworthy, Ilya Ehrenburg, Athenaeus, Anaïs Nin, and Salman Rushdie.