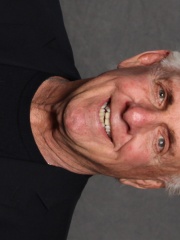 Richard Morgan Fliehr (born February 25, 1949), better known as Ric Flair, is an American professional wrestling manager and retired professional wrestler signed to WWE on a legend’s contract. Ranked by multiple peers and journalists as one of the greatest professional wrestlers of all time, Flair had a career that spanned 40 years. He is noted for his tenures with Jim Crockett Promotions (JCP), World Championship Wrestling (WCW), the World Wrestling Federation (WWF, later WWE) and Total Nonstop Action Wrestling (TNA). Read more on Wikipedia

Since 2007, the English Wikipedia page of Ric Flair has received more than 11,306,525 page views. His biography is available in 36 different languages on Wikipedia making him the 12th most popular wrestler.

Among wrestlers, Ric Flair ranks 12 out of 562. Before him are Anton Geesink, Antonio Inoki, John Cena, Bayram Şit, Dave Bautista, and The Undertaker. After him are El Santo, Rikidōzan, Aleksandr Karelin, Bruno Sammartino, Ivan Poddubny, and Aleksandr Medved.