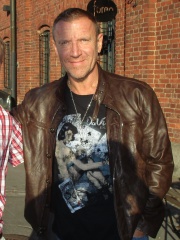 Renny Harlin (born 15 March 1959 as Renny Lauri Mauritz Harjola; since 1987 known as Harlin by his father's original surname) is a Finnish film director, producer, and screenwriter who has made his career in Hollywood and China. His films include A Nightmare on Elm Street 4: The Dream Master, The Adventures of Ford Fairlane, Die Hard 2, Cliffhanger, The Long Kiss Goodnight, and Deep Blue Sea. Harlin's movies have earned over $520 million in the United States and over $1.2 billion in the worldwide aggregate box office, making him the 148th highest-grossing director in the global film market as of October 2021, and the most internationally successful Finnish filmmaker in terms of revenue. Read more on Wikipedia

Among FILM DIRECTORS In Finland