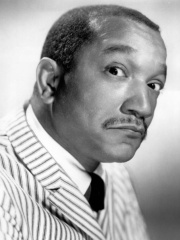 John Elroy Sanford (December 9, 1922 – October 11, 1991), better known by his stage name Redd Foxx, was an American stand-up comedian and actor. Foxx gained success with his raunchy nightclub acts during the 1950s and 1960s. Known as the "King of the Party Records", he performed on more than 50 records in his lifetime. He portrayed Fred G. Read more on Wikipedia

Since 2007, the English Wikipedia page of Redd Foxx has received more than 3,828,677 page views. His biography is available in 17 different languages on Wikipedia making him the 5,540th most popular actor.