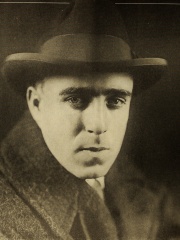 Raoul Walsh (born Albert Edward Walsh; March 11, 1887 – December 31, 1980) was an American film director, actor, founding member of the Academy of Motion Picture Arts and Sciences (AMPAS), and the brother of silent screen actor George Walsh. He was known for portraying John Wilkes Booth in the silent film The Birth of a Nation (1915) and for directing such films as the widescreen epic The Big Trail (1930) starring John Wayne in his first leading role, The Roaring Twenties starring James Cagney and Humphrey Bogart, High Sierra (1941) starring Ida Lupino and Humphrey Bogart, and White Heat (1949) starring James Cagney and Edmond O'Brien. He directed his last film in 1964. Read more on Wikipedia

Raoul Walsh is most famous for his work as a director. He directed many films, including The Roaring Twenties, The Three Musketeers, High Sierra, The Thief of Bagdad, and White Heat.