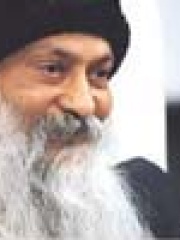 Rajneesh (born Chandra Mohan Jain; 11 December 1931 – 19 January 1990), also known as Acharya Rajneesh, Bhagwan Shree Rajneesh, and later as Osho (), was an Indian godman, mystic, and founder of the Rajneesh movement. During his lifetime, he was viewed as a controversial new religious movement leader and a mystic guru. He rejected institutional religions. Read more on Wikipedia

Since 2007, the English Wikipedia page of Rajneesh has received more than 14,549,961 page views. His biography is available in 65 different languages on Wikipedia (up from 61 in 2019). Rajneesh is the 3rd most popular occultist (down from 2nd in 2019), the 5th most popular biography from India (down from 4th in 2019) and the most popular Occultist.

Rajneesh is most famous for being the spiritual leader of the Rajneesh movement, which was a new religious movement in India in the 1970s.

Page views of Rajneeshes by language

Among occultists, Rajneesh ranks 3 out of 37. Before him are Nostradamus and Grigori Rasputin. After him are Baba Vanga, John Dee, Helena Blavatsky, Count of St. Germain, Aleister Crowley, Alessandro Cagliostro, Anton LaVey, Allan Kardec, and Heinrich Cornelius Agrippa.

Among OCCULTISTS In India