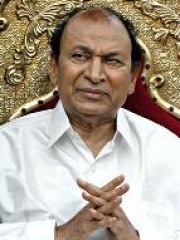 Singanalluru Puttaswamaiah Muthuraj (24 April 1929 – 12 April 2006), better known by his stage name Rajkumar, was an Indian film actor and playback singer in the Kannada cinema. Widely acclaimed as one of the greatest actors in the history of Indian cinema and a versatile actor, he is considered a cultural icon and holds a matinée idol status in the Kannada diaspora, among whom he is popularly adulated as Nata Saarvabhouma (emperor of actors), Bangarada Manushya (man of gold), Vara Nata (gifted actor) and Rajanna / Annavru (elder brother, Raj). He was honoured with the Padma Bhushan in 1983, several national and state awards. Read more on Wikipedia

Since 2007, the English Wikipedia page of Rajkumar has received more than 418,573 page views. His biography is available in 23 different languages on Wikipedia making him the 4,096th most popular actor.

Page views of Rajkumars by language