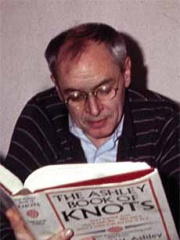 Ronald David Laing (7 October 1927 – 23 August 1989), usually cited as R. D. Laing, was a Scottish psychiatrist who wrote extensively on mental illness – in particular, the experience of psychosis. Laing's views on the causes and treatment of psychopathological phenomena were influenced by his study of existential philosophy and ran counter to the chemical and electroshock methods that had become psychiatric orthodoxy. Taking the expressed feelings of the individual patient or client as valid descriptions of lived experience rather than simply as symptoms of mental illness, Laing regarded schizophrenia as a theory not a fact. Read more on Wikipedia

Since 2007, the English Wikipedia page of R. D. Laing has received more than 704,482 page views. His biography is available in 42 different languages on Wikipedia making him the 113th most popular psychologist.

Among PSYCHOLOGISTS In United Kingdom