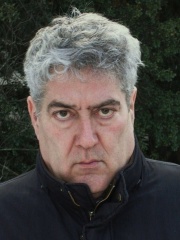 Joaquim Monzó i Gómez, also known as Quim Monzó (Catalan pronunciation: [ˈkim munˈso]) (born 24 March 1952 in Barcelona, Catalonia, Spain), is a contemporary Spanish writer of novels, short stories and discursive prose, mostly in Catalan. In the early 1970s, Monzó reported from Vietnam, Cambodia, Northern Ireland and East Africa for the Barcelona newspaper Tele/eXpres. He was one of the members of the Catalan literary collective, Ofèlia Dracs. Read more on Wikipedia

Since 2007, the English Wikipedia page of Quim Monzó has received more than 29,536 page views. His biography is available in 28 different languages on Wikipedia making him the 3,695th most popular writer.