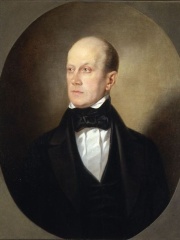 Pyotr or Petr Yakovlevich Chaadayev (Russian: Пётр Я́ковлевич Чаада́ев; also spelled Chaadaev, or Čaadajev; June 7 [May 27, Old Style], 1794 – April 26 [April 14, O.S.], 1856) was a Russian philosopher. He was one of the Russian Schellingians.Chaadayev wrote eight "Philosophical Letters" about Russia in French between 1826-1831, which circulated among intellectuals in Russia in manuscript form for many years. They comprise an indictment of Russian culture for its laggard role far behind the leaders of Western civilization. Read more on Wikipedia

Since 2007, the English Wikipedia page of Pyotr Chaadayev has received more than 77,146 page views. His biography is available in 23 different languages on Wikipedia making him the 7,928th most popular politician.

Among politicians, Pyotr Chaadayev ranks 7,884 out of 14,801. Before him are Stanisław Wojciechowski, Achaemenes, Milan Stojadinović, Infante Alfonso of Spain, Étienne Tshisekedi, and Gaius Licinius Stolo. After him are Miklós Németh, Ælle of Sussex, Jacques Georges, Princess Henriette of Belgium, Arnulf II, Count of Flanders, and Maurice Yaméogo.