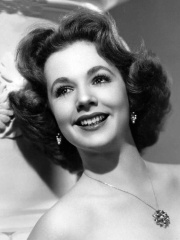 Piper Laurie (born Rosetta Jacobs; January 22, 1932) is an American stage and screen actress known for her roles in the films The Hustler (1961), Carrie (1976), and Children of a Lesser God (1986), all of which brought her Academy Award nominations. She is also known for her performances as Kirsten Arnesen in the original TV production of Days of Wine and Roses, and as Catherine Martell in the cult television series Twin Peaks, for which she won a Golden Globe Award in 1991. Read more on Wikipedia

Since 2007, the English Wikipedia page of Piper Laurie has received more than 2,320,442 page views. Her biography is available in 31 different languages on Wikipedia making her the 1,258th most popular actor.