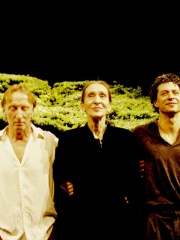 Philippine "Pina" Bausch (27 July 1940 – 30 June 2009) was a German dancer and choreographer who was a significant contributor to a neo-expressionist dance tradition now known as Tanztheater. Bausch's approach was noted for a stylized blend of dance movement, prominent sound design, and involved stage sets, as well as for engaging the dancers under her to help in the development of a piece, and her work had an influence on modern dance from the 1970s forward. Her work, regarded as a continuation of the European and American expressionist movements, incorporated many expressly dramatic elements and often explored themes connected to trauma, particularly trauma arising out of relationships. Read more on Wikipedia

Pina Bausch was a German choreographer who is most famous for her avant-garde and expressionistic style of dance.

Among DANCERS In Germany