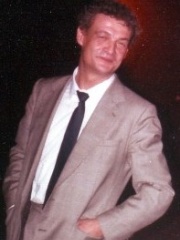 Philippe Léotard (Ange Philippe Paul André Léotard-Tomasi; 28 August 1940 – 25 August 2001) was a French actor, poet and singer. He was born in Nice, one of seven children - four girls, then three boys, of which he was the oldest - and was the brother of politician François Léotard. His childhood was normal except for an illness (rheumatic fever) which struck him and forced him to spend days in bed during which time he read a great many books. Read more on Wikipedia

Since 2007, the English Wikipedia page of Philippe Léotard has received more than 66,927 page views. His biography is available in 15 different languages on Wikipedia making him the 3,055th most popular actor.