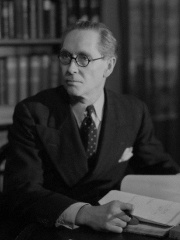 Philip John Noel-Baker, Baron Noel-Baker, (1 November 1889 – 8 October 1982), born Philip John Baker, was a British politician, diplomat, academic, amateur athlete, and renowned campaigner for disarmament. He carried the British team flag and won a silver medal for the 1500m at the 1920 Summer Olympics in Antwerp, and received the Nobel Peace Prize in 1959.Noel-Baker is the only person to have won an Olympic medal and received a Nobel Prize. He was a Labour member of parliament from 1929 to 1931 and from 1936 to 1970, serving in several ministerial offices and the cabinet. Read more on Wikipedia

Philip Noel-Baker was a British politician who won the Nobel Peace Prize in 1959 for his work as a pacifist. He was also a leading campaigner for disarmament and was awarded the Order of Merit in 1946.