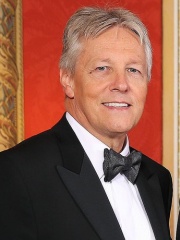 Peter David Robinson (born 29 December 1948) is a retired British politician who served as First Minister of Northern Ireland from 2008 until 2016 and Leader of the Democratic Unionist Party (DUP) from 2008 until 2015. He has been involved in Northern Irish politics for over 40 years, being a founding member of the DUP along with Ian Paisley. Robinson served in the role of General Secretary of the DUP from 1975, a position which he held until 1979 and which afforded him the opportunity to exert unprecedented influence within the fledgeling party. Read more on Wikipedia

Since 2007, the English Wikipedia page of Peter Robinson has received more than 58,566 page views. His biography is available in 23 different languages on Wikipedia making him the 13,409th most popular politician.