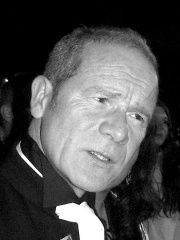 Peter Mullan (; born 2 November 1959) is a Scottish actor and filmmaker. He is best known for his role in Ken Loach's My Name Is Joe (1998), for which he won Best Actor Award at 1998 Cannes Film Festival, and The Claim (2000). He is also winner of the World Dramatic Special Jury Prize for Breakout Performances at 2011 Sundance Film Festival for his work on Paddy Considine's Tyrannosaur (2011). Read more on Wikipedia

Since 2007, the English Wikipedia page of Peter Mullan has received more than 2,481,142 page views. His biography is available in 22 different languages on Wikipedia making him the 4,548th most popular actor.