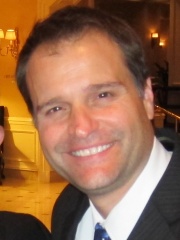 Peter John DeLuise is an American actor, director, producer, and screenwriter, known for his role as Officer Doug Penhall in the Fox TV series 21 Jump Street, and for directing and writing episodes of science fiction television shows, particularly in the Stargate franchise. Read more on Wikipedia

Since 2007, the English Wikipedia page of Peter DeLuise has received more than 1,415,865 page views. His biography is available in 18 different languages on Wikipedia making him the 7,065th most popular actor.

Among actors, Peter DeLuise ranks 6,979 out of 8,832. Before him are Sara Paxton, Stéphanie Szostak, Natacha Régnier, Valerie Bertinelli, Jodhi May, and Kathryn Prescott. After him are Jesse Lee Soffer, Jennifer Lien, Beverley Mitchell, Jodelle Ferland, Paula Malcomson, and Dascha Polanco.